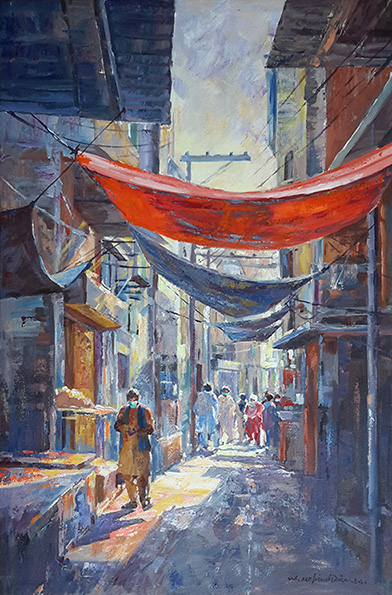 Statement OF Artist
Poetry, Literature, Dance, Music, Painting and sculpture and other genres art having flourishing will all the virtues and flows. The architecture of the Mughal has gained international fame and tourist from for and vide come to visit the ruins of the past. Beautiful edifices and architecture helps us in recognizing our slaves. Hence Allama Iqbal rightly said.

If God bestows you the heart that knows nature
Communicate through the silence of lilacs and roses.

Qualification: MFA Gold Medalist in 1994, specialization in illustration Fine Art, College of Art and Design, University of the Punjab, Lahore.